We are now officially open for the 2017 season!  So many people visited during Memorial weekend that we are grateful we made the decision to open the gates prior to the official season.

The family of “our” WWI soldier George Larson, came to lay his son’s (Reed Larson) remains to rest in the West Cedar Cemetery just north of Agra.  The Fort was their central meeting place, some even before checking into their accommodation. For some of the spouses and most of the great grandchildren this was their first visit to this area and the Fort.  The family alone represented 8 different states.  One remark that certainly warmed our heart, was that they rated our little museum better than the one in Washington, DC.

One of our locals, Donna Hunt (Lemon) paid a visit and found her dad also on a WWI photo.  We found their land in Kirwin in our 1900 atlas and also some other entries, where she discovered for the first time that her father was also a county commissioner!  Donna came with her daughter, who was one of the Phillipsburg High School students that helped build the sod house and subsequently went on to the Orange Bowl in 1971. What sets us apart, is that our exhibits are from Phillips County and many have special and personal stories attached to them. 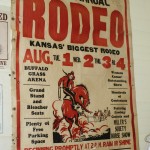 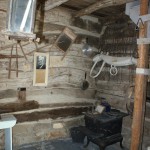 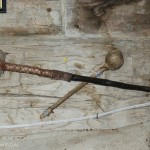 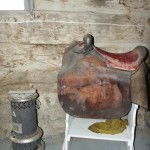 Unfortunately we have also had an incident of vandalism where someone broke our gate to get into the stockade to retrieve one or more frisbees.  Now we don’t want to take any joy away from playing disc golf, but in the event of their frisbee landing within the stockade while we are closed, they are not allowed to try and enter.  There are clear “No Trespassing” signs and after a discussion with the sheriff, it has to be made clear trespassing is a criminal offence.  We will be soon installing CCTV cameras and will be able to identify any trespassers from such footage. If your frisbee has landed within the stockade, you are welcome to come and get it during the hours that we are open.

We sure hope that this is the beginning of an exciting season and want to encourage all to come and visit the Fort this summer.  Our hours are Monday through Friday 9am to 4pm and Saturdays 9am to 2pm.
Come dig the history at Fort Bissell!!

**
After we closed the Fort on Sunday, I drove out to the West Cedar Cemetery just north of Agra, where the Larson family had gathered earlier in the day, laying their father and grandfather to rest. 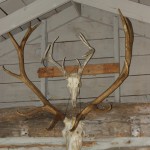 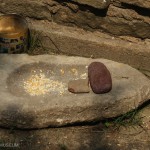 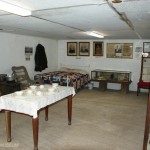 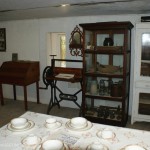