At the end of any season it is customary to reflect on that which is past and this year is no exception.  Looking back at 2016 we realize it has been a great season would like to share some of the highlights.

The Rupke schoolhouse brings many memories to many people.  We did not have one but two different Rupke family reunions, both centering around the one roomed schoolhouse and then also visited the rest of the Fort.  What was interesting was that these two groups were not aware of the other’s arrangements – two branches of one family! 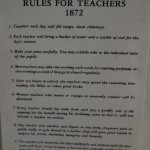 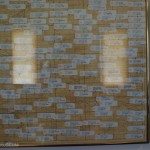 Our new pole barn for the wagons was finally completed just as the season opened, after many postponements.  This coming winter our wagons will be under cover and sheltered against the elements of a Kansas winter, which by some forecasts may be a colder one with more snow than what we have become used to.  This is was our fundraising project for 2015 and is there for all to see and enjoy!

Also after many unexpected delays, we finally could declare our Blacksmith Shop operational.  It is intended for educational workshops and we have already scheduled one Fun Friday in June 2017 to show the children how things were made back in the pioneer days.  It is also the intention of training prospective blacksmiths, who are interested in keeping this trade alive.  A huge thank you to Harlan Nonhof for being the driving force behind this.

MaryBeth VanRoekel was our 2016 Person of the Year whose name goes up on our Wall of Fame.  By looking at the huge turnout at the function we held in her honor, it was a vote of confidence in the nomination of her for this.  If you are reading this and think of someone who deserves this honor in 2017, please email us your suggestion and/or nomination.

After a year of absence we were part of the Rodeo Parade again.  With so many superb entries, we were quite surprised yet delighted to hear we won a first prize with our float, showcasing our Chuck wagon and advertising our Chili Cook-off.

Throughout the season we had many descendants visit their family’s items on display.  It is always with pure delight that we hear more stories about these exhibits and the people behind them.  This year on such occasions we were centered around the following exhibits:

This reflection would not be complete without a mention of the very successful Chili Cook-off fundraising event!  All in all it was just amazing, which is also how we can sum up the season that has now come to an end.  Thank you so much to all who visited and especially all who made donations in whichever way.  The visitors give us a reason to keep it open and the donors make it possible!

Our season for 2017 will reopen on Memorial Day, but school tours can be arranged to take place before that.  We want to encourage the schools to bring their pupils to come and enjoy learning about history that happened here where they now live.  Regular updates and photos will still be posted on our Facebook page.  During our closed period preferably make contact with us by email at ftbissell@live.com